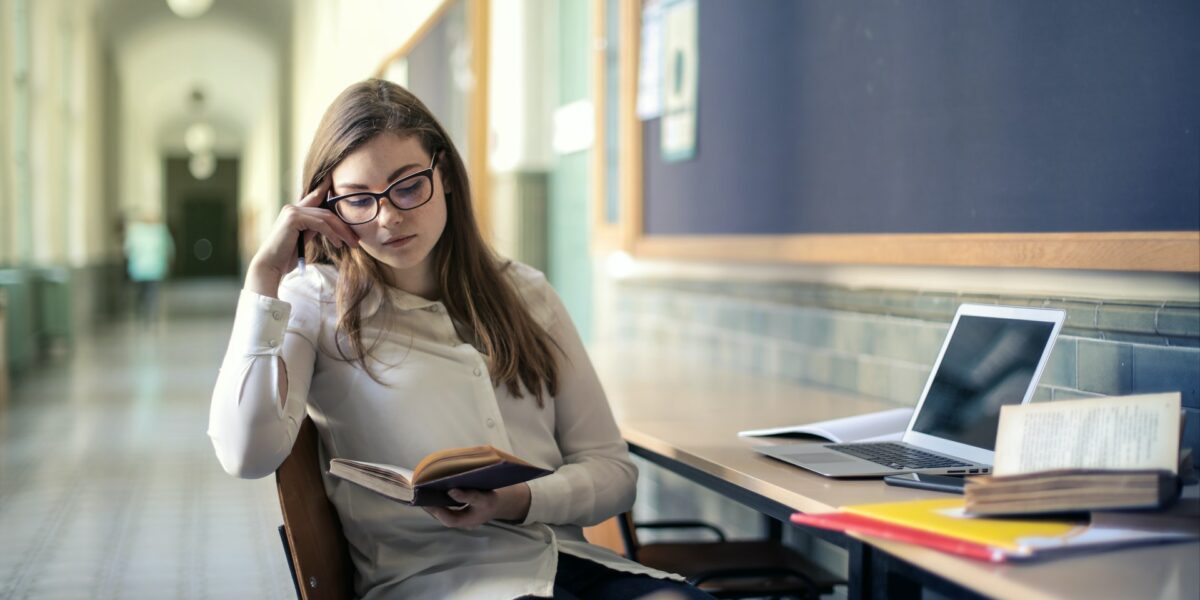 While it may not sound exciting in this day and age, a philosophy degree still holds some relevance today. In a tech-dominated society, philosophy can provide answers to existential questions about right and wrong, the meaning of life, and human nature. A philosophy degree also encourages students to think critically and systematically while honing their communication and writing skills.

Because of the transferable skills philosophy students learn, they’re prepared for many professional occupations upon graduation. These careers include law, journalism, teaching, and project management.

This article aims to further establish the relevance of philosophy and help interested students find an answer to the pressing questions, what can you do with a philosophy degree, and what career opportunities are waiting for them as graduates. This post also hopes to inform students about the basic and common philosophy degree admission requirements.

Students contemplating taking a philosophy degree first need to understand what philosophy is. From a layman’s point of view, philosophy is often simply seen as the study of the nature and essence of existence. Many people think that those who study philosophy deal with matters that can be considered out of this world and often are debating with one another over different ideologies.

While these conceptions are not totally wrong, philosophy reaches deeper than such common understanding. After all, it is an interdisciplinary subject that can be leveraged in various industries and applications.

Philosophy is derived from the Greek words “phylos” and “sophie,” giving it the literal meaning “love of wisdom.” Taking from this, studying philosophy deals with examining knowledge and ethics, and finding the truth behind concepts that define our existence. Philosophy encourages asking and eventually, answering questions about ideas and events that shape the development of people and the world.

As philosophy promotes critical thinking and reasoning, it helps hone one’s ability to develop coherent and effective arguments. It also improves an individual’s ability to apply logic in different situations and tasks, from writing to debate and public speaking. More than any other subject, philosophy digs deeper into the core of society and tradition (University of Kentucky, n.d.).

Philosophers are expected to become active participants in crucial debates on policy issues. They are also often found working with community groups, policymakers, government agencies, engineers, and scientists. To fulfill their purpose of extending and sharing knowledge, philosophers go out into the field (Frodeman, 2010 cited in Frodeman, 2013).

By laying down a solid foundation in intellectual rationalization, philosophy helps prepare students for further education and professional programs, such as law and doctorate degrees. It also provides students with the fundamentals that can help them achieve success in the fields of writing, teaching, public service, governance, and business.

What Are the Requirements to Study Philosophy?

Philosophy courses are offered in most universities so admission requirements vary from institution to institution. In general, however, a student would need a high school diploma to enter an undergraduate philosophy degree. Students should also meet other minimum high school course requirements, such as passing marks in English and natural science subjects.

For instance, students who wish to enter a philosophy undergraduate program at the University of Iowa must meet the Regent Admission Index score requirement, which is 245 or higher for Iowa residents and at least 255 for out-of-state students. Applicants should also have passed the following classes:

Furthermore, for students who do not come from high-ranking schools and were homeschooled, the admission board will base their decision on the applicants’ GPA and ACT/SAT scores. Meanwhile, students who took the High School Equivalency Test (HiSET) need to have a minimum score of 15 each in Reading, Writing, Mathematics, Social Studies, and Science; and a total score of at least 75.

Other schools, such as the University of Illinois Springfield, may have additional requirements, such as a sample writing and statement of purpose. Students should also prepare up to three reference letters that will validate their academic success and potential for pursuing a philosophy degree.

How Much Does it Cost to Study Philosophy?

One of the factors that incoming higher learning students consider is the cost of studying a course. According to the latest data collated by Data USA, the median annual in-state tuition for philosophy degrees in U.S. public institutions is $7,201. This is set to grow at a rate of 4.14% annually. Meanwhile, the average yearly out-of-state tuition in private institutions is $36,400, with a growth rate of 3.37%.

For 2020, Eastern Michigan University is considered to be the most cost-efficient U.S. institution for studying philosophy. The average annual cost to study philosophy here is only $15,687. The university offers solid programs for both undergraduate and graduate philosophy courses.

How Long Does It Take to Complete Philosophy Programs?

Another consideration incoming college students often have when choosing a degree is the time it takes to finish a program. Ideally, a bachelor’s degree in philosophy can be finished within four years if the student does not skip any semester. Meanwhile, a master’s degree can be completed after two years. A doctorate in philosophy, on the other hand, takes longer than the two previous levels to finish at six to eight years.

However, the duration will largely depend on the availability and ability of the student to complete their coursework. Moreover, some students may take longer to finish a course due to different reasons.

What Are the Top Universities for Studying Philosophy?

Based on the latest QS World University Rankings, the top institutions for studying philosophy are in the Western Hemisphere. Half of the top 10 is in the U.K., but the top 3 institutions are in the U.S., namely New York University, Rutgers University-New Brunswick, and University of Pittsburgh. This may be attributed to the sufficient U.S. university funding for philosophy, which “does not appear to be in decline…there even appears to be a slight increase in the number of faculty positions in philosophy (Frodeman, 2013).”

Rutgers University in New Brunswick, New Jersey, also offers both undergrad and graduate philosophy courses. Many of its students are double majors who find philosophy and another discipline, such as biology or psychology, mutually beneficial and engaging.

The University of Pittsburgh in Pennsylvania, on the other hand, offers philosophy as a standard major, intensive major, or minor, as well as part of a double major or joint major. The university also offers MA in philosophy and PhD programs.

What Are the Potential Careers for Philosophy Graduates?

In modern times, being a philosopher is not exactly a profession one could apply to. As Frunza (2009) put it, “unlike religion, philosophy did not manage to find a proper place in the public space. It did not manage to escape from the burden of its association with atheistic education or with the ideology of scientific socialism, nor did it manage to recover the philosophical tradition as a living element, which plays a formative role in the education of young people in the present social conditions.” This is why many tend to ask what to do with a philosophy degree.

Philosophy teaches and trains students on how to analyze information, knowledge, and situations so they can, in turn, communicate ideas concisely and logically. As a result, philosophy graduates are armed with skills that will prove useful in the world of work.

Furthermore, philosophy is considered as the ultimate transferable skill, which means that it can be helpful and relevant across various areas of life and career. Because of this, there is a wide range of career options available to philosophy graduates.

Clergy professionals work in spiritual and religious organizations. They are often involved in the performance of ceremonies such as weddings, baptisms, and worship. They promote spirituality and encourage people to take on new beliefs and ideologies.

Like many graduates of theology degrees, philosophy graduates do well in this line of work as they are able to convey messages in an impressive and engaging manner. The median annual salary of clergy professionals is $47,100.

It is common for philosophy graduates to turn to the academe for a stable career. Philosophy professors, in general, teach subjects under a philosophy course. They may also develop curriculum and lesson plans. They also assist students with research and related projects.

Before one becomes a philosophy professor, they need to be a higher education graduate, ideally a PhD. There are also institutions that require applicants to have teaching certification and experience. The median annual salary of philosophy professors in the U.S. is $100,174.

Undergraduate or graduate philosophy degree holders can choose to pursue a Juris Doctor (JD) degree and eventually become lawyers. As mentioned above, a philosophy course prepares students for the demands of law school and career thereafter.

Besides passing a JD degree, an aspiring lawyer also needs to pass the state bar exam, as well as physical and character assessments. The annual median salary of lawyers in the U.S. is $120,910.

Another philosophy career option in the legal industry, a paralegal job is necessary for ensuring that lawyers do not miss any important tasks. Essentially, paralegals pick up the slack when lawyers are unable to take on tasks such as the preparation of legal briefs, researching cases, and organization of documents.

Working as a paralegal is a good source of training and experience for philosophy graduates who want to pursue a lifelong career in the legal industry, such as becoming a lawyer. The median annual salary of paralegals in the U.S. is $50,940.

How Much Do Philosophy Graduates Earn?

The income range of philosophy graduates widely varies depending on their education level, work experience, job position, and the industry they happen to be in. However, according to the Wall Street Journal, the mid-career average annual wage of philosophy and religious studies graduates in the workforce is $81,200.

It is not surprising to find that there are many successful and famous philosophy majors. After all, it takes great and deep intellect to take an interest in and finish a philosophy degree; and intelligence is almost always a part of the success equation.

Among the famous people who studied philosophy was Italian novelist Umberto Eco. In fact, he is also known as a philosopher. He took up medieval philosophy at the University of Turin where he wrote a thesis on Thomas Aquinas.

Stewart Butterfield, who co-founded Flickr and serves as CEO for Slack, holds both a bachelor’s and master’s degree in philosophy. Famous and controversial comedian Ricky Gervais also majored in philosophy during his undergraduate program at the University College London.

Is a Philosophy Degree Right for You?

Philosophy degrees encourage students to ask big, purposeful questions. It makes one explore the value of life in general, and discover the concealed basis of morality. It pushes an individual to dig into the true nature of the world and the people in it.

It is inevitable that one may ask, what is the use of philosophy when “hard” science can already answer many of the questions people have about life? However, this is where philosophy exactly comes in. Often, hard science answers the hows and the whats, but not the whys. It does not go beyond what the evidence and data show. Philosophy, on the other hand, challenges the status quo to help people realize and dissect the complexity of life.

For those who want to take on the challenge of consistently exhausting ideas and building new ones, philosophy might just offer the thrill and fulfillment they are looking for. 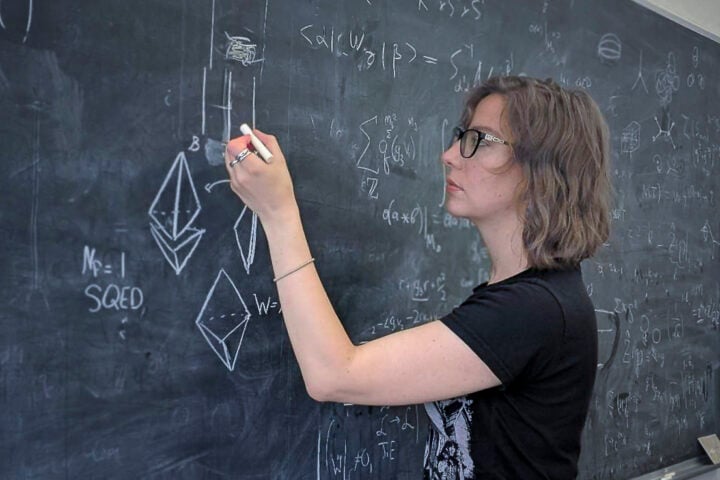 What Can You Do with a Physics Degree? Jobs, Salary & Career 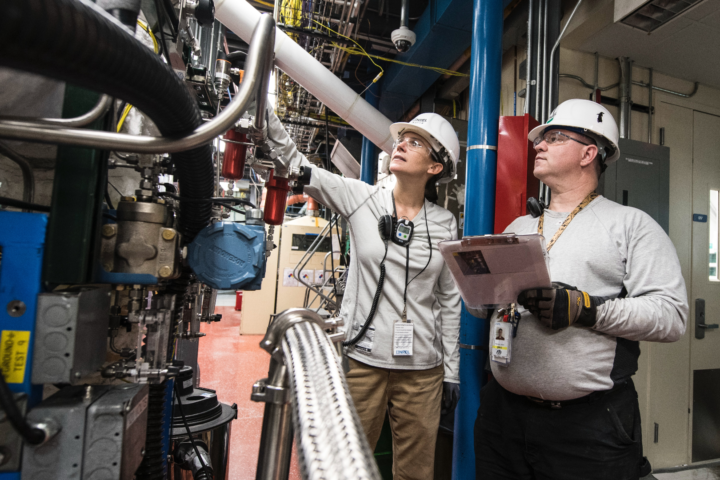 What is an Associate Degree? 2022 Tuition Costs, Types & Requirements 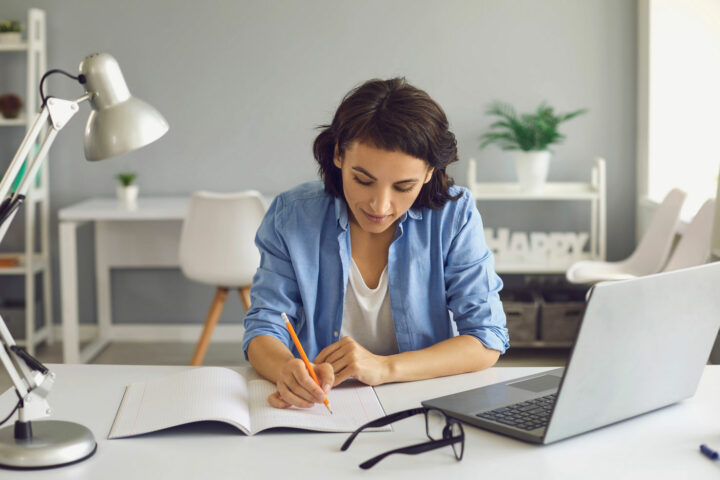 20 Most Affordable Online Doctorate Programs in 2022 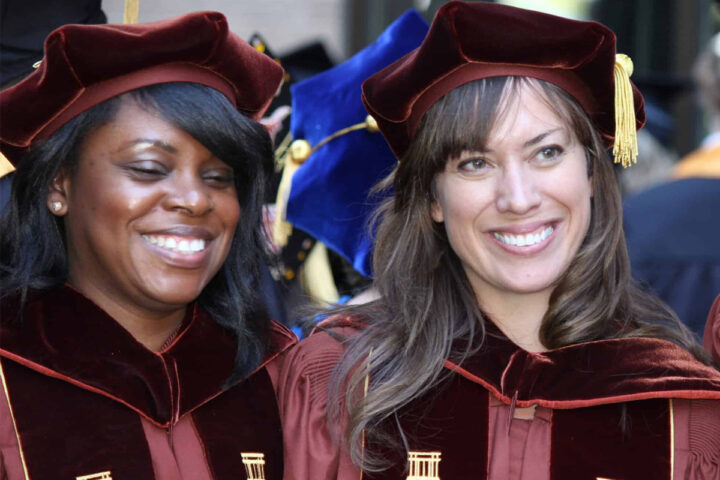 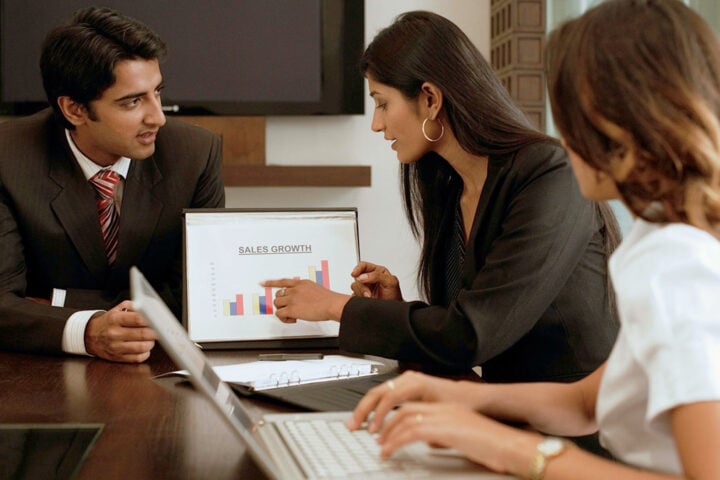 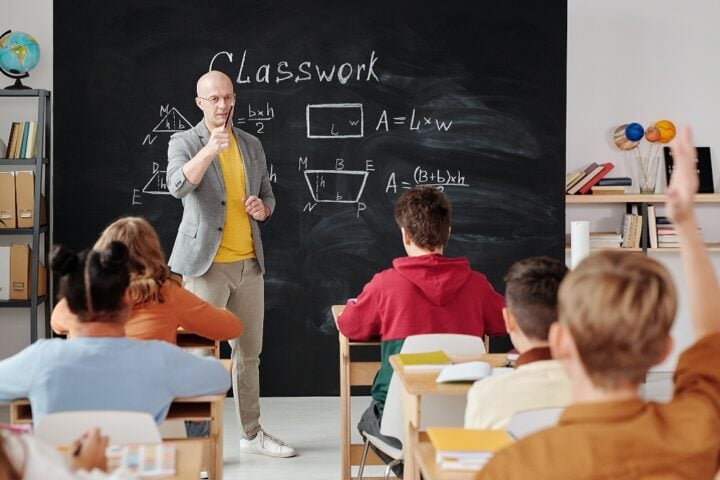 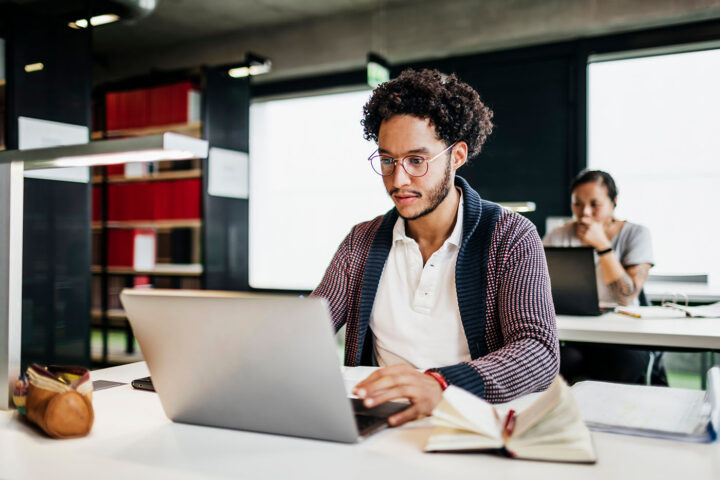 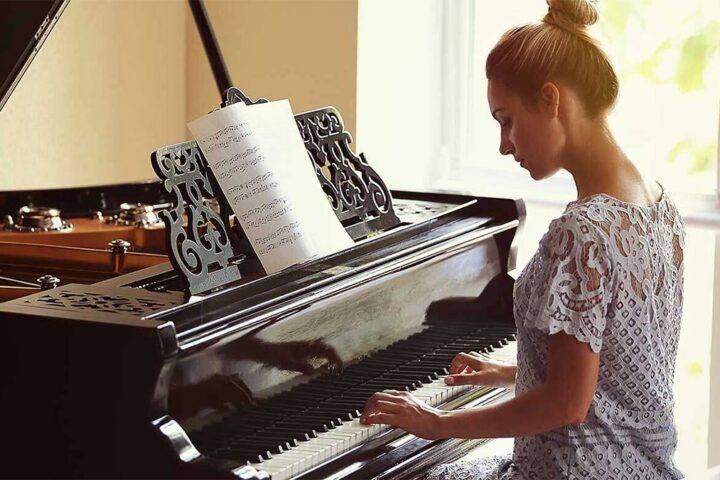 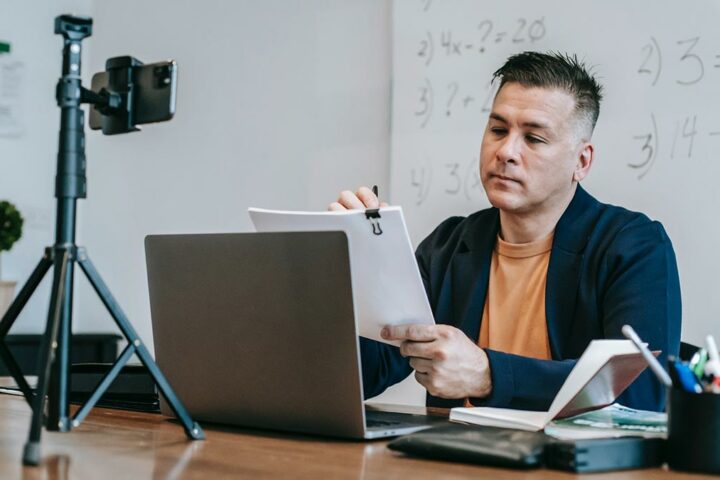 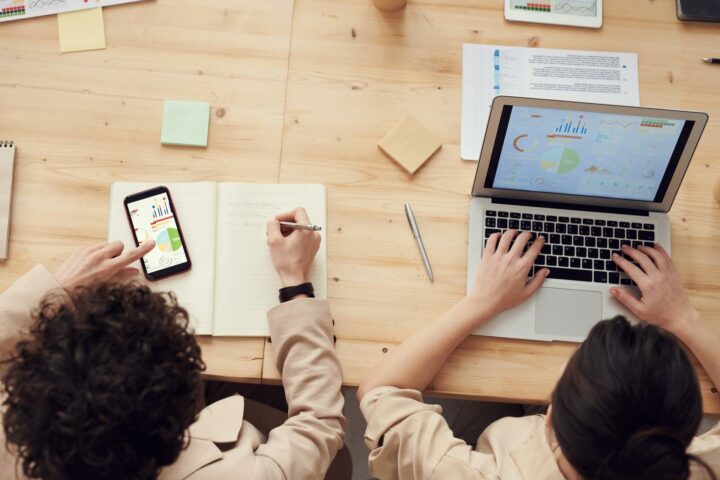 Most Affordable Colleges for Online Business Degree Programs in 2022 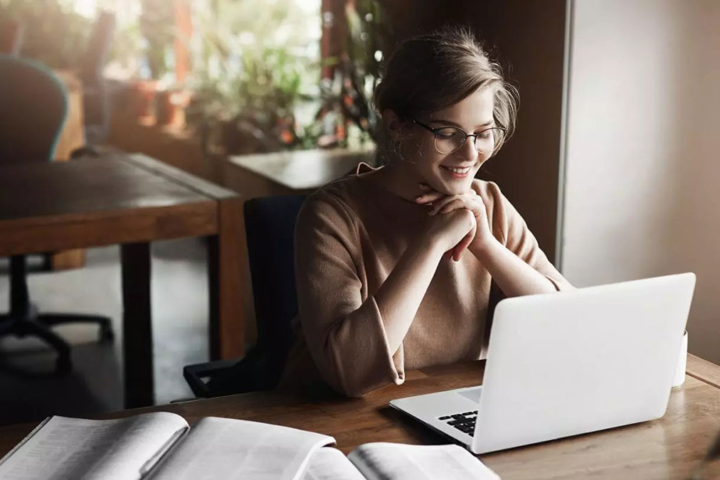 Guide to the Best Online Diploma & Certificate Programs for 2022 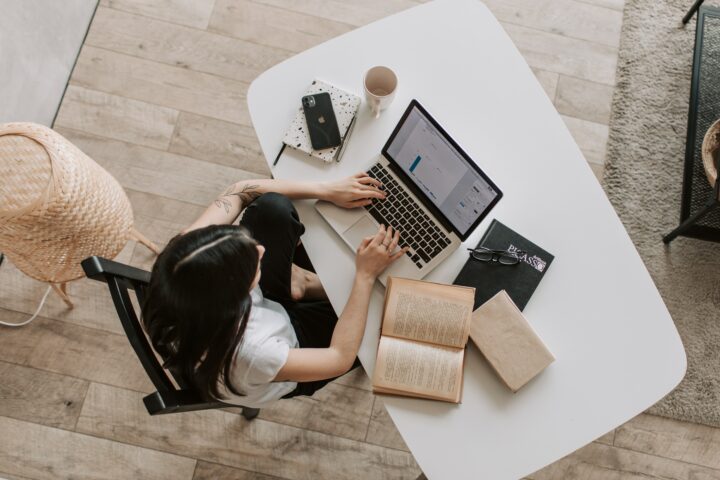