University of Teramo (UniTe) is a public university in Teramo, Italy. It was founded in 1993 but its roots can be traced back to 1961 as a section of the D’Annunzio University of Chieti–Pescara. Known for its multidisciplinary programs in forestry and agriculture, UniTe is regarded among the most prestigious universities in the country.

UniTe’s educational structure is organized into several academic faculties. These include the Faculty of Bioscience and Agri-food and Environmental Technology, the Faculty of Communication Science, the Faculty of Political Science, and the Faculty of Veterinary Science. It offers undergraduate and postgraduate courses in diverse areas of study, including economics, political science, communication, and law.

It has a student population of roughly 10,000 undergraduates and postgraduates. The university also employs more than 190 administrative staff members across its facilities. These facilities include the Coste S. Agostino campus, which holds the faculties of political science, communication science and law and the Scientific Pole, which is the home of the faculties of agriculture and veterinary medicine.

Other University of Teramo key statistics and facilities include an international relations office, a center for modern languages, a job placement service, and a comprehensive library system, which is made up of the Library at the Faculty of Veterinary Medicine and the Library at the Coste S. Agostino campus.

UniTe is one of the top research institutions in Italy. It receives significant research funding from the Ministry of Education, Science, Culture and Sport, the European Criminal Justice, and the European Union.

Meanwhile, its third most cited research work is Suzzi and Gardini (2003) “Biogenic amines in dry fermented sausages: A review.” This article, which talks about the biogenic amines present in dry fermented sausages and its effects on every individual, was published in the International Journal of Food Microbiology and has been cited 744 times throughout its publication.

University of Teramo is also committed to economic development through academic research. This goal is overseen by its Technology Transfer Office, which links, among others, universities, research centers, and business networks together. The office’s goal is to help realize practical outputs of UniTe’s scientific works while maintaining the quality and integrity of research.
World
National
Scholar
H-index
Citations
Publications
164 World 5 National 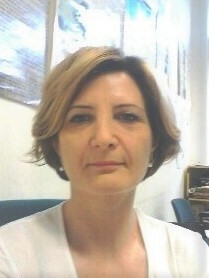