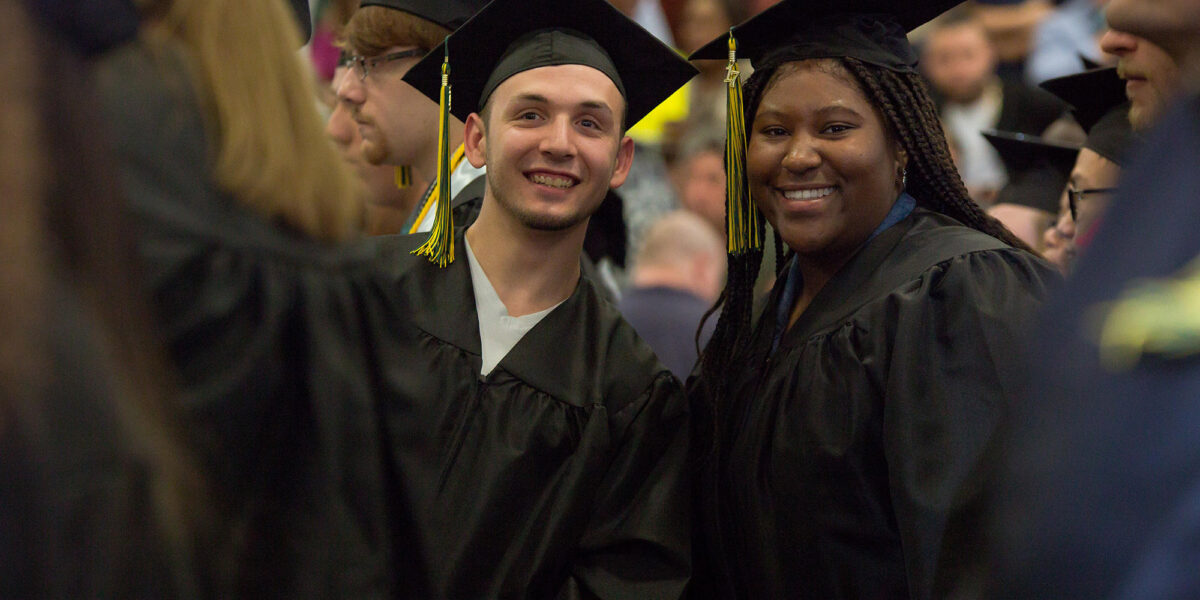 Going to college is not cheap. The costs connected to higher education have increased significantly from 2001 to 2020. Aside from tuition and fees, students need to pay for textbooks, food expenses, and transportation. There’s also board and lodging so many students ask–what does room and board include?–when analyzing the cost of college.

Even so, students and their families find ways to overcome financial challenges to obtain a college degree. Scholarships, grants, and other financial aid can be extremely helpful in reducing the costs of going to college.

Families and even friends and sponsors can reduce their worries about rising tuition costs with the help of a 529 plan. But what is a 529 plan and what does it entail? Read on to know more about this beneficial education-focused plan that has helped millions secure their future.

The 529 Plan: Table of Contents

When encountering it for the first time, one may ask what is a 529 plan and why is it a big deal? A 529 plan is a tax-advantaged savings plan designed specifically for educational purposes. It was initially intended to help students in college or university. However, in 2017, it was broadened to include K-12 pupils. Two years later, students in apprenticeship programs were added as beneficiaries (Kagan, 2020).

Legally, a 529 plan is called a “qualified tuition plan,” according to the U.S. Securities and Exchange Commission (2018). The plan is subsidized by schools, colleges or universities, state institutions, and by states themselves. It gets its name from Section 529 of the Internal Revenue Code. More about the difference between schools, colleges, and universities in the US. 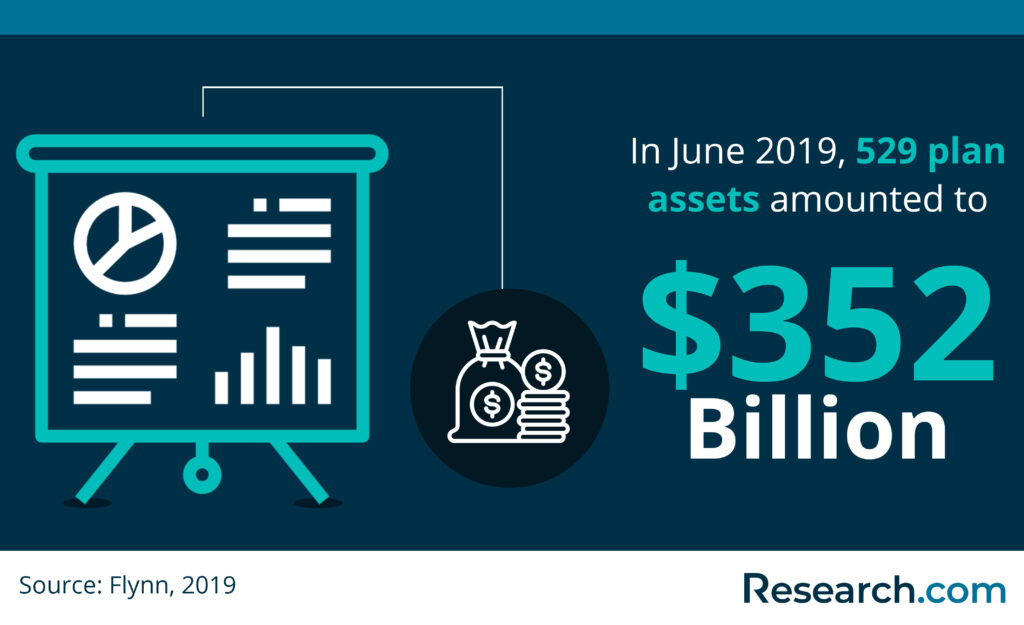 The first-ever iteration of the 529 plan for college started in the state of Michigan in the 1980s. It came about because of the rising costs of tuition every year. Thus, the state set up the Michigan Education Trust to alleviate the worries of households regarding the future education of their children.

Residents paid a fixed amount towards the fund with the guarantee that the state-run Trust would pay the tuition cost when a child reaches college age and enrolls at any public college or university in Michigan. Other states that were pioneers of 529 plan precursors were Florida, Ohio, and Wyoming (529 College Savings Plans, n.d.).

That sparked interest from other states and Congress created the 529 plan in 1996 (Internal Revenue Service, 2020).

There are two types of 529 plans: prepaid tuition plans and education savings plans. Investor.gov (n.d.) noted that all 50 states, as well as the District of Columbia, sponsor at least one kind of 529 plan. But how do these two differ?

This type of plan allows partakers to purchase beforehand the future tuition of a child at the current rate. They can pre-pay from one to four years of tuition. 529 College Savings Plan (n.d.) wrote that this means the accumulated amount goes towards the current tuition rate when a child reaches college age. It is offered by states, educational institutions, and state agencies.

Additionally, there are two kinds of prepaid tuition plans. The contract plan is the most common. It allows account holders to exchange upfront or staggered payments to cover a certain amount of tuition in the future. It has a formula that calculates how much the plan will cover.

The other kind is the unit plan, which is applicable to any participating higher education institution. The account holder can purchase units or credits for a percentage of their selected college’s tuition cost. The value of these units or credits changes per year depending on the changes in the tuition. When the time comes, account holders can redeem these credits to pay for tuition, as well as textbooks, school supplies, room and board, and other education-related expenses (Boston.com, 2012).

College savings plans are similar to investment plans. Account owners put their money on mutual funds that can grow over the years based on market performance. They can select age-based investments that become more conservative as the child reaches college age. It is offered only by states.

States and the Type of 529 Plan They Offer

It should be noted that each state has its own 529 plan structure. Thus, students or parents who want to take advantage of the program can check their respective states’ websites to be clear about the rules.

There are 19 states offering prepaid tuition plans while 50 states, plus the District of Columbia have savings plans (Board of Governors of the Federal Reserve System, 2020).

Fifty-six percent of American parents were already saving for the college education of their children in 2018. This went down by 1% from the 2016-2017 period. Nevertheless, it looks like there are many parents who are eager to benefit from a college savings plan since higher education costs are going up.

A 529 plan, being tax-advantaged, means that it is not subject to any tax related to higher education expenses like tuition, books and school supplies, mandatory equipment, and digital devices such as computers, internet access, and educational software or applications. my529 (2016) points out that it also covers K-12 tuition at private, public, and sectarian schools. Having a 529 plan can also be advantageous, as account holders can enroll in a program at any time of the year. Thus, they can get started as soon as they decide to apply to a 529 plan.

Moreover, a 529 plan does not require federal income taxes when invested and when withdrawn for qualified expenses. According to Putnam Investments (2019), at least 34 states have additional tax incentives. Other unique benefits of 529 plans include the offset of estate taxes and the exclusion from special gift tax. For the former, 529 plan contributions can be removed from the estate yet the account holder retains control. For the latter, account holders can offer five years’ worth of gifts to one beneficiary without paying the federal gift tax. In 2019, the maximum for individuals was $75,000 while the maximum for married couples was $150,000.

Investing in a 529 plan also relieves some of the stress of parents saving up for the education of their children. Grandparents and other relatives, even friends, can pitch in as well for the education of a loved one or of a person they wish to help (Fidelity Investments, n.d.).

Anyone is entitled to a 529 account plan as long as he or she is a U.S. citizen or a resident alien. Account owners can choose the beneficiary of the investment and decide how the money is to be used (529 basics, n.d.).

Additionally, those who want to open a 529 account must be at least 18 years old, has a U.S. address, and has a Social Security number or Tax I.D. There are no income restrictions as well, so regardless of the state of life of an individual, that person can open a 529 plan account as long as he or she has the necessary documents (Fidelity Investments, n.d.).

To take full advantage of the benefits of a 529 plan, account holders must follow the 529 plan rules. One of the most important rules is to make withdrawals for eligible expenses only. Education expenses that are considered qualified include computer software and hardware used for learning, textbooks, on-campus and off-campus board, etc.

In case the account holder makes an unqualified withdrawal, that individual will incur a 10% penalty, Schramm (2019) explains. On top of that, the earnings become subject to federal income taxes. Additionally, it is possible that account holders would have to pay any state income tax breaks they benefited from because of the contributions.

Still, account holders have to note that when choosing a new beneficiary, that person has to be a member of the original beneficiary’s family. The definition is broad and can include first cousins, stepsiblings, and even in-laws. 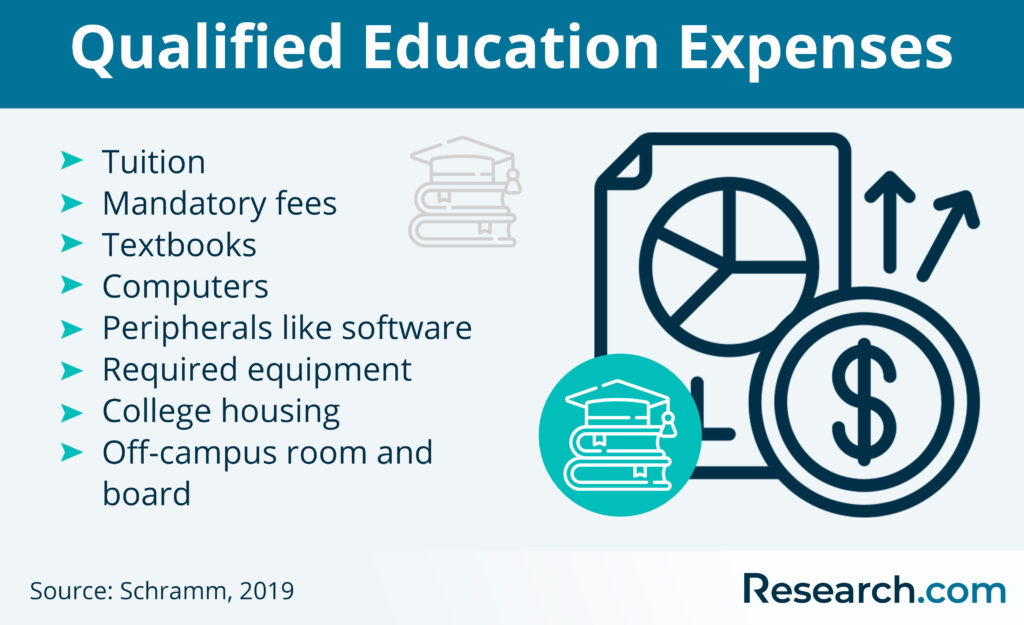 It Pays to Save for the Future

Families can send their children to the best schools, starting from primary age. With the 529 plan, they can ensure that they have money to allocate to tuition and other educational expenses. And if their 529 plans are meant for college costs, then families can start investing early. That way, they can make sure to afford to send their children to out-of-state and even private schools or even top US college that pay off the most.

If families are worried about the risks involved in the investment, then they can choose age-based investment options, whose risks are lower as the beneficiary approaches college age. With this, they can rest assured that their investments are safe and can pay for college costs and possibly graduate school expenses. 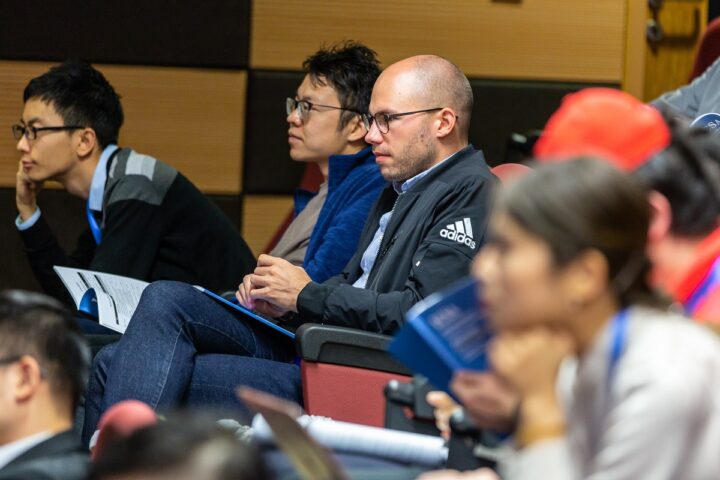 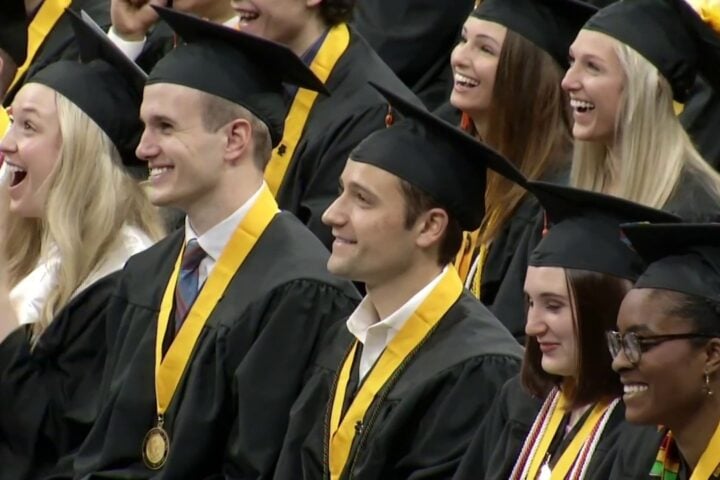 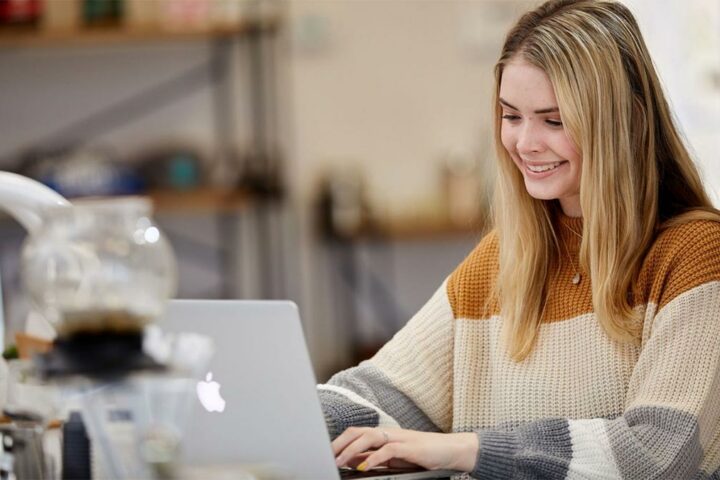 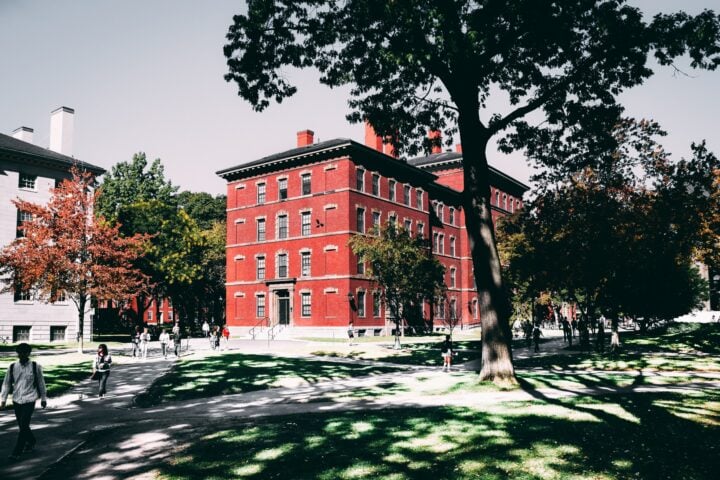 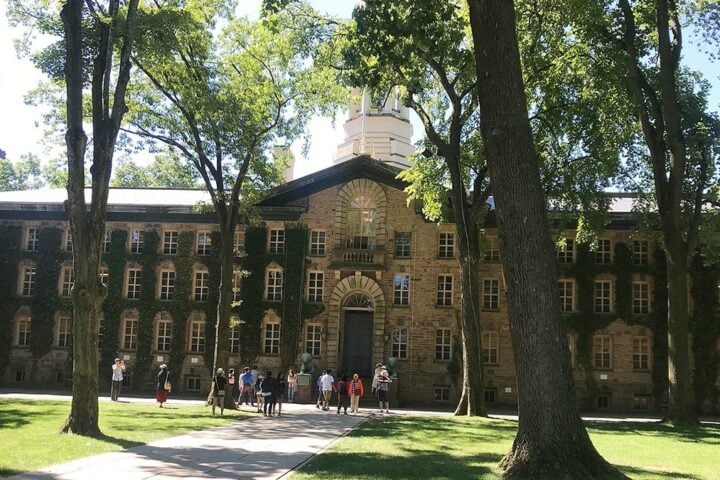 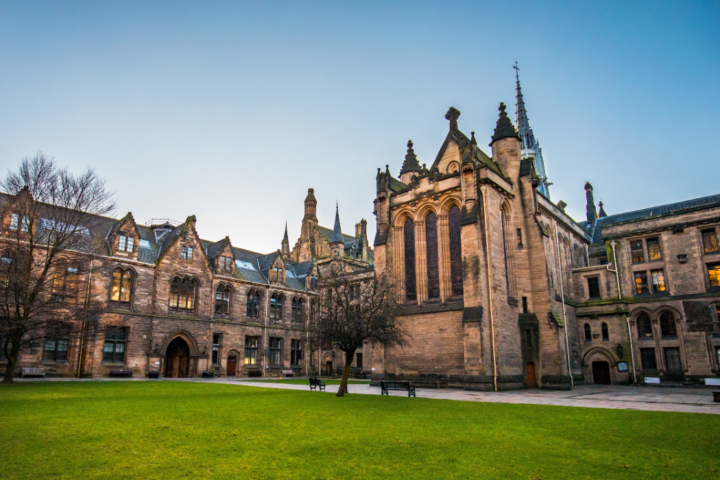 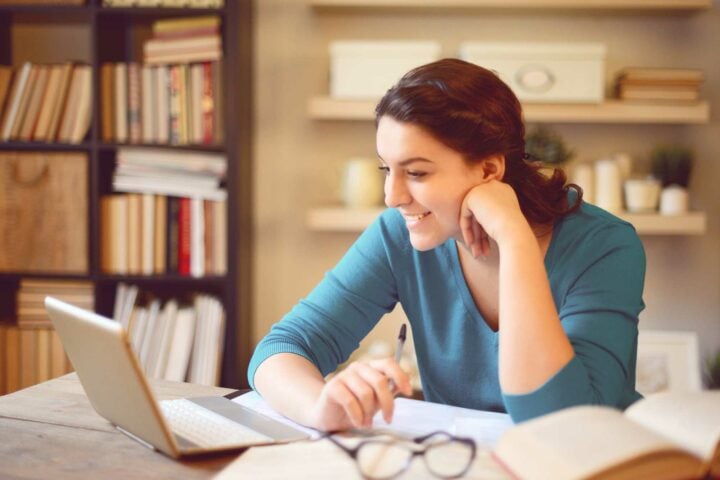